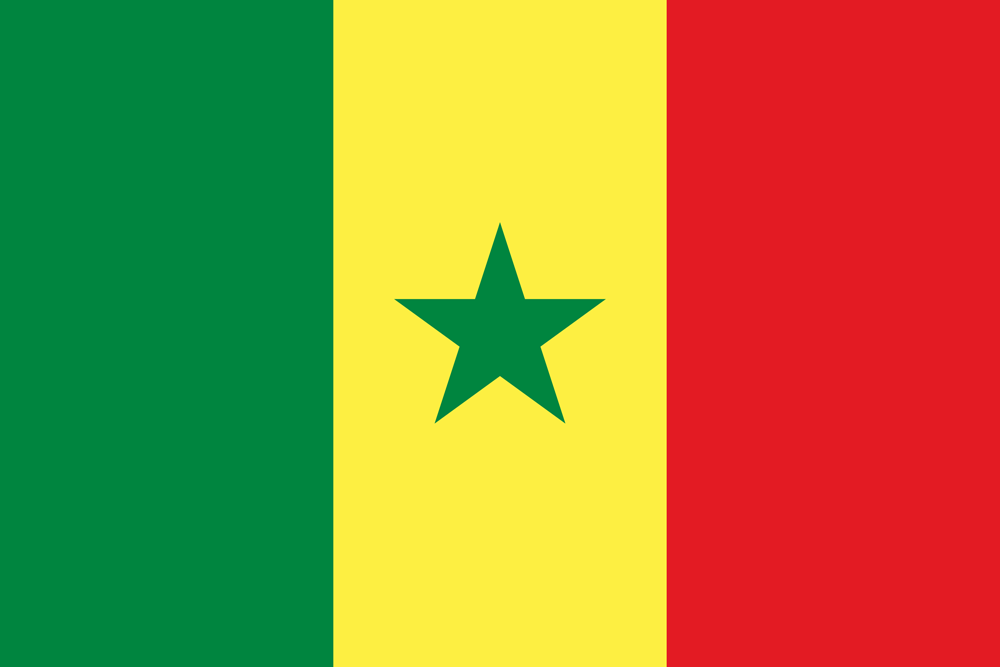 Senegal is located at the westernmost point of Africa bordering the North Atlantic Ocean in west. It is bordered by Mauritania along the Senegal River in north, by Mali in east, by Guinea and Guinea-Bissau in south, and it encloses The Gambia, a narrow nation along both banks of the Gambia River. Senegal shares also maritime borders with the island country of Cape Verde in west. Senegal lies within three climate zones, with a hot desert zone in north, a semi arid zone in center and a tropical savanna area in south. The country has a population of about 17,247,195. The capital and largest city is Dakar. Spoken languages are French (official), Wolof, and other West African languages include Pulaar, Mandinka, Balanta-Ganja, Mandjak, Hassaniya Arabic, Noon, Jola-Fonyi, Serer, Soninke, and Mankanya. Of these national languages, Wolof is the most widely spoken.