At times you feel overwhelmed by the screens and the sound and the powerful images they are projecting. The Museum leads you through room after room in a zigzag of shapes, some with tall roofs, some dark and gloomy, some looking through to other images behind bars or cages that make it clear that apartheid was not only immoral, but evil. After a few hours at the Apartheid Museum you will feel that you were in the townships in the 70s and 80s, dodging police bullets or teargas canisters, or marching and toy-toying with thousands of school children, or carrying the body of a comrade into a nearby house. And just when you feel you can’t tolerate the bombardment of your senses any longer, you reach a quiet space, with a glass case which contains a book of the new Constitution of South Africa, and pebbles on the floor. You can express your Solidarity with the victims of apartheid by placing your own pebble on a pile, and take a book. You’ll then walk out into grassland with paths which take you to a small lake – you’ll need this reflective time.

Enjoy a fascinating tour of the Soweto Township. Soweto obtained its name from the first two letters of South Western Township which was the original description of the area. The establishment of Soweto is, like Johannesburg, linked directly to the discovery of Gold in 1885. Thousands of people from around the world and South Africa flocked to the new town to seek their fortunes or to offer their labor. Within 4 years Johannesburg was the second largest city. More than half the population was black, most living in multi racial shanty towns near the gold mines in the centre of the town. As the gold mining industry developed, so did the need for labor increase. Migrant labor was started and most of these workers lived in mine compounds. However other workers had to find their own accommodation often in appalling conditions.

You will also visit the home of former President Nelson Mandela in Orlando West, a four-room house in Soweto where he lived during the late 1950’s and early 1960’s and again immediately after his release from prison in 1990

On 16 June 1976, thousands of students gathered in Soweto to begin a protest march against the implementation of Afrikaans being one of two main languages of instruction in school. The protest quickly turned deadly when police opened fire on the students. Hector Pieterson, 12 years old, was one of the first casualties of the Soweto Uprising – there were over 500 killed that day. The museum honours the role of school children of South Africa and how they contributed towards ending apartheid. In South Africa today, 16 June is a public holiday “Youth Day” to commemorate Soweto Uprising. The museum is open on this day. 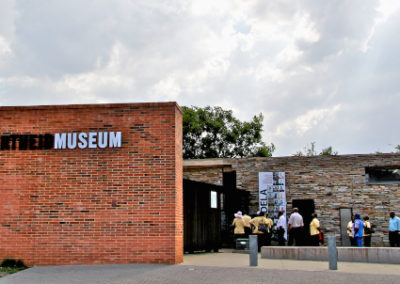 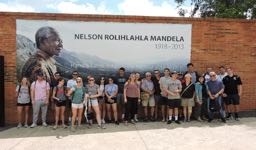 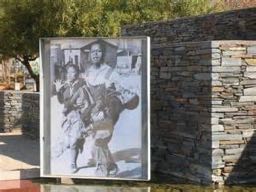 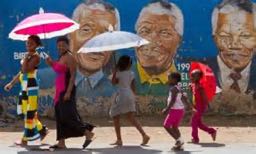