Sani Pass Tour (Departure 6am)
A mere 3 hours drive from Durban we find ourselves in the magnificent Drakensberg Mountains. Spectacular vistas, breathtaking scenery and diverse flora and fauna are what you can look forward to experiencing today as we explore the only route through the mountain range into Lesotho! We leave our vehicle at the base station and use 4 x 4 vehicles to traverse the pass into the “Mountain Kingdom of Lesotho”. At the summit, we stop to visit the local Sotho people in their traditional houses and learn a little about their culture and way of life. Our journey continues to the “Highest Pub in Africa” where we will enjoy a light lunch whilst marveling at the sheer magnitude and beauty of these incredible mountains. After lunch we will make our way back down the pass, through the border post and return to Durban.

From Durban, we travel west past Pietermaritzburg and at Howick turn towards Underberg in the Southern Drakensberg to the Thaba Tours 4×4 Adventures office in (take out previous) Underberg. We travel through Himeville to the World Heritage Site of the uKhahlamba Drakensberg Park following the Mkomazana River up the scenic Sani Valley to the South African Border Post (border formalities). We continue up the untarred Sani Pass Road which was built by David Alexander between 1948 and 1954 viewing Hodgson’s Peaks and the old South African Border Post. A stop at the Good Hope Trading Post for an explanation of the history of the trading era that resulted in the mule track being widened and strengthened to become a “road”. Then we climb to an altitude of 2874m and zig-zaging upwards beneath towering cliffs, buttresses, past waterfalls and unique flora and bird life.

The view site offers unparalleled vistas of the 12 Apostles of the Southern Drakensberg, Moshoeshoe’s Finger with the Sani Pass and spectacular Wild Protea in the background. After having completed the border formalities on the Lesotho Border, we arrive at the Sani Top Chalet, the highest pub in Africa, where we stop for a light lunch. A visit to an authentic Basotho Mountain Village home is included. Descending the Sani Pass in the afternoon, the excitement grows, passing through the 20 hairpin bends of the steepest section of the Pass.

From here we depart for the return journey to Durban, to arrive around 18h30.

A History of Lesotho
Lesotho (formerly Basutoland) Lesotho was constituted a native state under British protection by a treaty signed with the native chief Moshoeshoe in 1843. It was annexed to Cape Colony in 1871, but in 1884 it was restored to direct control by the Crown. The colony of Basutoland became the independent nation of Lesotho on Oct. 4, 1966, with King Moshoeshoe II as sovereign. In the 1970 elections, Ntsu Mokhehle, head of the Basutoland Congress Party, claimed a victory, but Prime Minister Leabua Jonathan declared a state of emergency, suspended the constitution, and arrested Mokhehle. King Moshoeshoe II was briefly exiled, but he returned after a compromise with Jonathan: the new constitution would name him head of state but forbid his participation in politics. After the king refused to approve the replacement in Feb. 1990 of individuals dismissed by Justin Metsino Lekhanya, the chairman of the military council, the latter stripped the king of his executive power. Then in early March, Lekhanya sent the king into exile. In November, the king was dethroned, and his son was sworn in as King Letsie III.

Lekhanya was himself forced to resign in April 1991, and Col. Ramaema became the new chairman in May. In Jan. 1995, the crown reverted to the father of Letsie III, Moshoeshoe II. Letsie again became crown prince. In 1996, however, King Moshoeshoe died in an automobile accident, and Letsie again assumed the throne. In fall 1998, hundreds of demonstrators protested for weeks in front of the king’s palace, claiming voting fraud in the May elections that put Prime Minister Pakalitha Mosisili in power. They demanded that the government step down and hold new elections. Troops from South Africa and Botswana entered the country to stop the riots and put down an army mutiny. In 2002, Mosisili was re-elected under a revised political system that gave opposition parties a larger role in parliament. 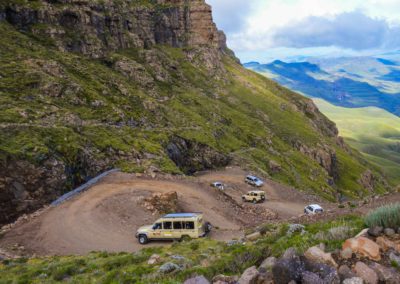 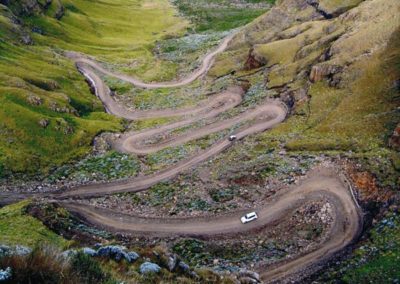 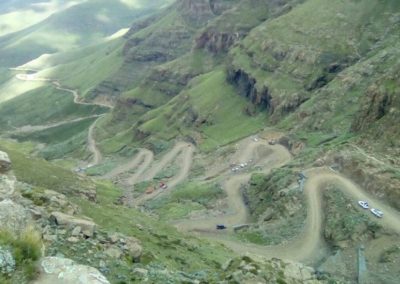