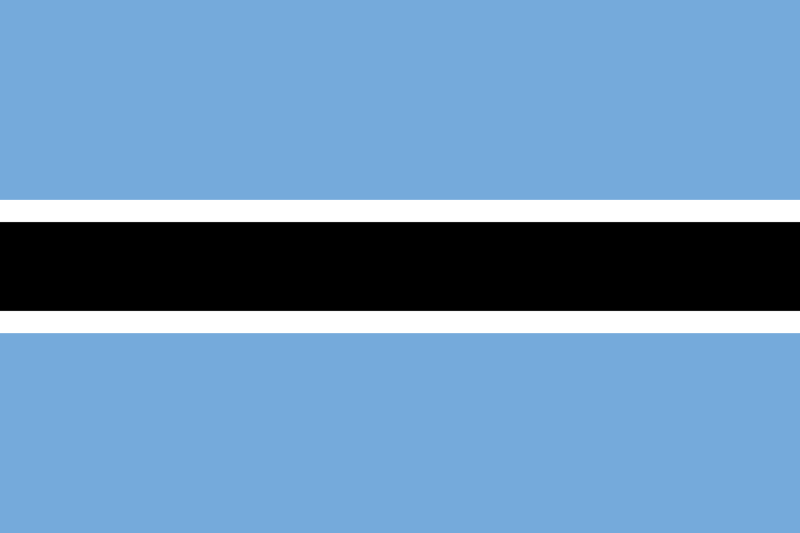 Twice the size of Arizona, Botswana is in south-central Africa, bounded by Namibia, Zambia, Zimbabwe, and South Africa. Most of the country is near-desert, with the Kalahari occupying the western part of the country. The eastern part is hilly, with salt lakes in the north. The earliest inhabitants of the region were the San, who were followed by the Tswana. About half the country today is ethnic Tswana. The term for the country’s people, Batswana, refers to national rather than ethnic origin.