Half Day Ghandi and Township Tour

We pass the orderly, leafy suburbs, squatter camps and the monopoly-type tiny new houses of the Cato Manor housing estates en route to Inanda. Once the home of the Natal Native Congress, it then became the African National Congress base. We visit the Gandhi Settlement, where Mahatma Gandhi led his passive resistance movement and then move on to Shembe churches, founded by the prophet Isaiah Shembe and today one of the largest churches in South Africa.

During the South African War the role of South African Indians was confined to stretcher bearing, a duty Gandhi himself undertook after the Battle of Spioenkop. Mahatma Gandhi arrived in Natal in 1893 as a young lawyer. He traveled around Natal pleading cases. Gandhi had his first taste of racial discrimination shortly after his arrival in South Africa, when he was thrown off a train at Pietermaritzburg station after he refused to move to a third-class carriage.

The city of Pietermaritzburg, about 100km from Durban erected a statue of Gandhi on the site where he was arrested for riding in a whites’ only train carriage. He claimed that this incident was the inspiration for his strategy of passive resistance, or Satyagrah. In 1903, he started the Indian Opinion, a weekly newspaper published in English, Gujarati, Hindi and Tamil. The paper is still published today under the name Opinion. During the South African War the role of South African Indians was confined to stretcher bearing, a duty Gandhi himself undertook after the Battle of Spioenkop.

Often controversial and unpopular amongst his rivals in The Natal Indian Congress, Gandhi was nonetheless seen as a champion of the masses when he led a protest march of mainly working-class Indians from Newcastle over the Transvaal border in 1913. This sparked off a strike by Indian workers in the South and the ensuing reports of police brutality and the arrest of Gandhi’s release. On his return to India in 1913, Gandhi was already being hailed as a Mahatma (great soul) Towns in KwaZulu-Natal which have a Gandhi interest include Durban, Pietermaritzburg, Ladysmith, Dundee, Glencoe and Newcastle.

Next, we visit the Ohlange School, the first school started by John Dube, founding father of the African National Congress. It was here that Nelson Mandela cast his first vote in 1994 as the democratic South Africa was born. We see grave of John Dube who was a Christian educated by the United Congregational Church mission at Adam’s mission south of Durban. He later went to Tuskeegee to visit Booker T. Washington and copy his principles. A friend of Gandhi, he also started a newspaper still published today in Zulu.

From here we travel to Inanda Seminary Girls School, the oldest Black girl’s high school in South Africa, which is funded by various international churches, before visiting a local shebeen to interact with the local community. 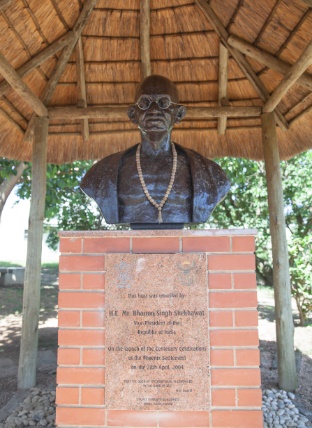 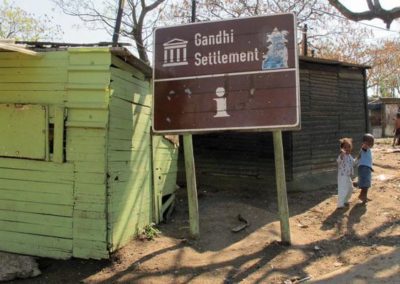 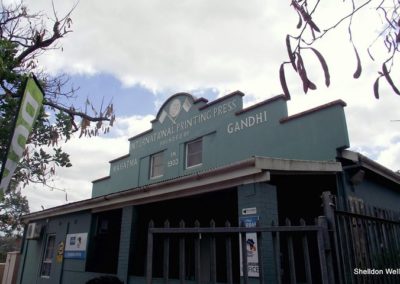 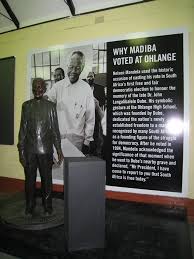 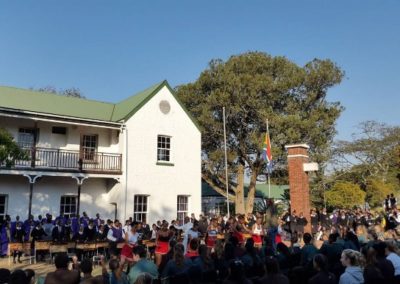